The Four Disciplines of an Effective Executive

Is it the imposter syndrome?

Is it lack of preparation?

Is it a confidence issue?

These are the questions I’m asking myself after seeing last month’s surveys of some of the top CEOs and executives in banking.

The surveys included a recent group from a graduate school of banking where I taught and the applications that came in for the High-Performance Executive Development program.

So you’d think these folks would display some confidence in their abilities. But the bottom line is very different. These executives almost unanimously feel unprepared for their executive roles.

That said, there’s so much growth desired and so little time. So let’s start with a close look at the first four of six disciplines to help you stay focused on becoming a more effective executive. 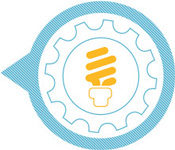 Your bank, your crusade, your legacy— to whatever extent you are indecisive, your life and work will be paralyzed.

An indecisive leader is an oxymoron.

Yet most bank executive teams struggle to make decisions, and their failure to understand how to get all the salient facts in an orderly way so they can make a decision is costing their stakeholders millions and millions of dollars. Of course once they have they facts, the job’s only half done.

They also have to know how to weigh those facts with clear critical thinking skills to make the right decision. Incidentally, we’re starting a new class of executives in the High-Performance Bank Executive™ Program in June and we’ll be working out the decision-making muscle.

If a decision has the potential to generate $12 million, every month it’s stalled means another million dollars gone—$33,000 a day, $1,390 an hour, whatever gets your attention. That opportunity cost comes out of a real live P&L, yet most executives continue along as if nothing really disturbing just happened by delaying that decision.

Often, the problem is that the CEO is waiting for a unanimous decision, held hostage by one or two people refusing to budge. Oh they don’t have a better idea—they just don’t like this idea. So they hold the whole process hostage, and money drains through the floor. But there’s an even bigger culprit that gets in the way of making good decisions and making decisions good.

That culprit is fear. Ironically, by letting the fear get in the way of making a decision, the very thing they fear—deterioration of opportunities—now becomes a predictable outcome.

So now you have a problem. Leadership is about results.

If you don’t get results, you’re just out taking a stroll. Very few executives know how to create the confidence to measure the numbers and deadlines of their teams—and even fewer get beyond the “need for approval” that keeps them molly-coddling the Dorothys of the world. 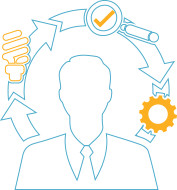 Great banks are made of great people. And since most people come into the world with the desire for greatness but not the skills, the challenge is epic, and the time to start is now.

The very best banks have executives who are voracious readers and commit to being highly embarrassed every year by how little they knew the year before. Great leaders are humble. 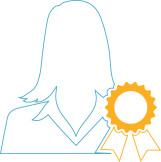 One of the very first loans I ever had the “honor” of working on was with two brothers who had a potato farm partnership. By the time I left full-time lending years later, that was still my only brother-brother partnership that was still in business.

I learned a lesson from them I’ve never forgotten. They were extremely profitable—way beyond the industry averages. And they were known by their employees for their weekly “meetings.”

Every week, at the same time and the same place, they would go into a room to “pound out” decisions. Word has it that chairs were broken, stuff was thrown—let’s just say, they were each passionate about their ideas. But then, when a decision was made—even if in this 50-50 partnership they disagreed—they did something remarkable: they unified behind the decision.

As an executive, if you disagree, you are obligated to disagree and challenge. To not do that is passive aggressive and dysfunctional. But once a decision is made, it is unethical to do anything but unify behind that decision.

Those four disciplines form the foundation for an effective executive.