As a community bank, compression in your net interest margin (NIM) is a given.

It is for most community banks… but why then are so many of them able to grow their net interest margin by 40 to even 100 basis points in a year in the same tough markets… in the same challenging economy… and with the same level of intense competition?

Because the community banks suffering NIM rate compression are making these same seven crucial missteps prior to the number spiraling down until it needs life support. But they don’t see the signs and haven’t made the changes their sales culture needs to win the NIM battle for good. Will you?

Here are the hot seven telltale signs your NIM is about to go south… and fast.

Net interest margin misstep #1: Your people believe they need to match the rate.

It sounds so reasonable.

They say things like, “We can do this deal as long as we match the rate—and if we don’t we may as well say goodbye to this relationship.” Well, they’re right… but they’re right only because they got you into the jam by not bringing value to the deal and only getting in at renewal time when they’re up against three other desperate competitors. Wrong. Wrong. Wrong!

Net interest margin misstep #2: You have no solid Unique Selling Propositions that define and prove why your process will save or create hundreds of thousands or even millions for your prospect. 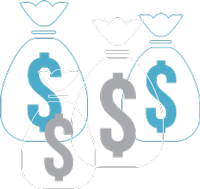 What’s funny here is that I know 80 percent of those reading now think I’ve lost it. “How can you possibly ever create hundreds of thousands? Don’t you understand we’re a commodity?”

But what they’re missing—and it’s right under their noses—is that there is a new breed of bankers who do understand how to bring that kind of value and regularly do business with premium pricing without the customer even blinking when asking for 50 to 150 basis points more.

Net interest margin misstep #3: Your salespeople have low emotional intelligence scores that nobody has shown them how to raise.

There are people who can influence: they can persuade, they have great follow-up, and they show they care and are flawless at executing a sales process that doesn’t feel like sales. Without the proper emotional intelligence scores, the chance of that happening is slim to none. See our article that explains this in depth. (There’s only one proven emotional intelligence assessment correlated to banking sales—to request a free trial click here.)

In talking with an executive team that was in the 3 NIM range, it was fascinating to discover what each of them thought was most important in taking their community bank forward. There was only one person who mentioned profit, growth, or margin—that was the CEO.

And surely, that CEO had worn out the knees of his suits when meeting with a “tired of the excuses” board. He is a CEO who is waiting for consensus from his team… a team that has no clue that being an executive means being a steward of the resources, someone who creates safe and profitable growth. And the CEO didn’t understand that when the NIM dipped below 4, this ceased being a democracy. His butt is on the line, and any board member who understands their job should be intolerant of those excuses. Their fiduciary responsibility to the shareholders doesn’t allow for “stories” and “excuses.”

Even after they mentioned that they froze salaries and hiring in what is a relatively good economy compared to where we’ve come from, they still weren’t aware of their responsibilities, and the CEO still wanted to run the place like a democracy and get “everyone” to vote “yes” before taking action. The handwriting is on the wall—this community bank has two years at best before it tanks. 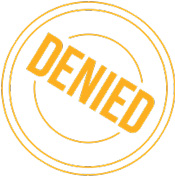 In many community banks, there is that one person who stops all progress on what needs to happen. In some banks, it is the CFO or the CLO who, for ego reasons, pounds his chest and says, “I can do it myself.” Of course, if he could, then why isn’t the NIM above 4.5 now, and why is loan growth slow and filled with “iffy” credits that get accepted when “the funnel is slim?” And the funnel is always slim.

If you want to predict the future, look to the past.

Now, it’s not their fault. They just don’t know how to do it. But for many, it’s embarrassing to admit, so they pound harder and try all the “old school” approaches that haven’t worked in decades.

The problem with the person who holds the team hostage is that others don’t know how to take that problem on until it’s too late. And that brings up the next problem…

Net interest margin misstep #6: Nobody takes a stand for the necessary organization-wide transformation to a sales culture. 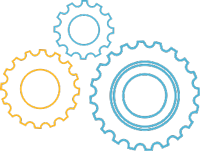 Almost every community bank executive I’ve met has at least one or two people on the team who fight the necessary changes no matter what. Maybe they don’t like change, or they think they can do it themselves, or their ego doesn’t want to have it brought out that they weren’t doing so well… just when everyone is buying into the “it’s the competition and economy” argument.

Prior to every great NIM transformation, somebody, no matter the position, takes a stand and says, “Listen, we need to do this, and I won’t give up.” Like a puppy dog with a sock in her mouth, she, from whatever position, just keeps bringing up that this has got to change. And she is skillful in dealing with the “no-progress bullies” and knows how to handle the “Well, how do we know that something else will work?” or “We can do this ourselves” types as well as the “We tried it before” excuses that stop all progress. She knows how to look someone in the eyes and say, “tell me what your exact plan is and what benchmarks we can expect you to meet each month, and know that we will hold you to it or miss you terribly when you’re gone. Now… do you want help?” Often, it isn’t until these roadblocks realize that they have a short window to fix the problem that they will deal with their ego needs in a more productive way for the organization. 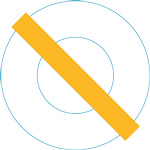 It only takes two or three people who “get it.” That’s it. It helps if the entire executive team is all dancing the same dance, but sometimes it just doesn’t work that way… and you just can’t wait.

The formula for moving the needle on NIM is to have at least one or two people who understand that improving NIM isn’t just about sales training, or hiring, or strategies, or far improved and targeted marketing to the right psychographics and firmographics, or culture, or management development, or clear expectations of behaviors or accountability. It’s about all of those things and more and a commitment to get them all in place—and most importantly, to get them all integrated.

If your community bank is making even 1 of these 7 crucial net interest margin missteps, it won’t be long before the banks that *have* built strong sales cultures poach your customers and threaten your bank’s existence.

A year from now—or even sooner—your community bank’s NIM can be 40-50 basis points higher when you enlist the help of The Emmerich Group’s Certified Community Bank Team Members. Let’s get you there!

Get a copy of Roxanne’s latest book

The Net Interest Margin Solution and

Roxanne Emmerich is CEO of the Emmerich Group and spends her days taking committed and ambitious banks to the top of the Net Interest Margin mountain, routinely transforming banks and helping them hit NIM of 4, 5, even 6 in 12-18 months.

Get it for free now