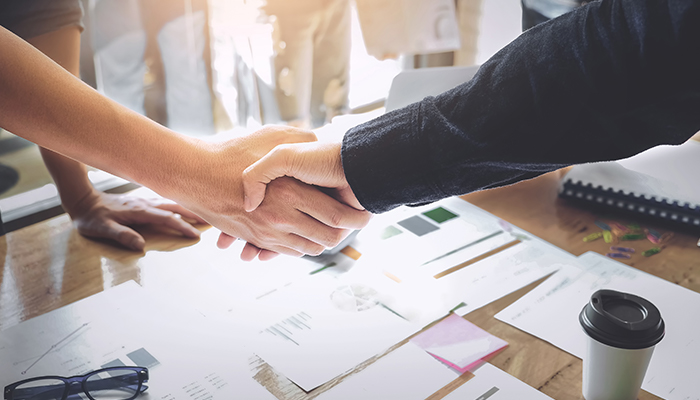 Let’s get one thing straight. Low price IS a strategy.

And consciously or unconsciously, every time you match rates to win business, you’re saying, “Our strategy is to be the lowest price bank in our market.”

If you’re going to go the low-price route, at least make a conscious decision to pursue that strategy rather than have it be the result of dozens or hundreds of little unconscious decisions to match rate. And do it with the understanding of history.

Consider the history of the low-price strategy in business.

Let’s start with Sears. You may not know this, but Sears was the Wal-Mart of the late 1800s and early 1900s. They pioneered a breakthrough direct to consumer mail-order distribution model. The Sears Catalog had everything you ever wanted or needed: housewares, clothing, agricultural supplies, tools, and even the house itself! And because of Sears’ scale and distribution advantage, they were able to negotiate price advantages and carry a greater variety than locally owned stores.

Then there was Montgomery-Ward…and F.W. Woolworth Company…more recently Kmart and of course… Wal-Mart.

Each of these companies expanded rapidly using a low-price strategy coupled with some other advantage that allowed them to sell at razor-thin margins.

The problem with the low-price strategy is simple…someone’s always crazy enough to undercut you. No matter how low you go.

And whatever operational advantage you create to allow you to grow on low margins, will sooner-or-later be knocked off by the competition. Then you’re toast.

And just in case you’re reading this thinking who could ever beat Wal-Mart, look quickly to Amazon. They can, they intend to, and they have the capacity to take down Wal-Mart.

Jeff Bezos, Amazon’s CEO, says he’s afraid for the longevity of Amazon…because he’s a student of history. Those who compete at the lowest price tend to be disrupted easily and taken down quickly.

So, what’s the point?

Simple…if these icons of American business can’t survive for the long-term on a low-price strategy, how is it that you expect to do it?

Low price is grounds for fast and predictable death. Plain and simple. It’s only a matter of time.

The #1 thing I want you to get from reading this is that the easiest way…the most reliable way…and the only proven way to survive and thrive in every economic environment is to follow a strategy of premium pricing.