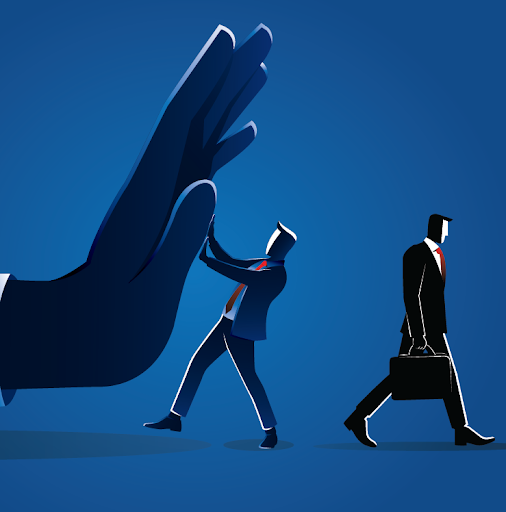 How do you protect your bank from the new “I Quit Culture” known as the Great Resignation of 2021?

And how do you combat the upcoming exodus caused by headhunters calling your best team members weekly with outrageous offers—promising the moon, including upfront money and significantly higher salaries?

The research shows that we’ve never seen a time quite like this—you are more vulnerable than ever before to losing your best people.

The Microsoft Work Trends Index found that 26% of workers plan to leave their current jobs over the next two months, and 40% over the next six months.

Another study says it is even worse—50% are looking to dump you before year-end.

But why? And do you need to take this seriously?

Forrester’s research data shows that 53% of employees want to keep working from home.

That same research study suggests that 70% of companies will adopt a hybrid work schedule, though not every organization will do so, and not every job will qualify.

Many workers don’t want hybrid—they want to work from home. They got a taste of it, and they’re convinced that they’re not wanting to go back to an office full time.

To make matters worse, it is truly alarming that 73% of employees said they were experiencing “burnout” at least once during the last month.. Burnout is a word that typically gets used in a person’s career about once every decade, if at all. So, this is an epic problem.

And now, because the media has been sprinkling the “burnout” messaging everywhere, CEOs are reporting that they hear it as an excuse. They want people to toughen up so they don’t need to be tiptoeing around—worried whether they can ask people to step up to the responsibilities of their jobs.

Sounds dire. But is there a solution?

A couple of years ago, a billion-dollar, high-performing bank had a “situation.”

The CLO and top producer told the CEO that they were leaving to compete against them on the afternoon of New Year’s Eve—to literally go across the street, no less. 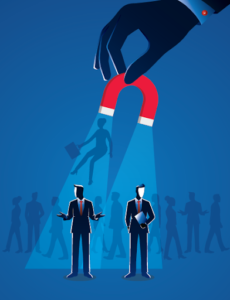 The CEO was frantic, afraid that the bank’s best customers and other team members might follow these two “top dogs.”

In the call that day, we changed it from a “problem” to an “opportunity,” and we deployed a system.

The CEO was so excited when hearing about the system that she proclaimed: “I want to call all my team members and have them come in on New Year’s Day so we can start.” I didn’t endorse that idea, for obvious reasons.

Not only did they not lose even one account—that begs repeating, they didn’t lose ONE account a year later…or even two years later—they quickly began to deploy a system that allowed them to immediately pick up about 100 basis points more in premium pricing above the competition on average, and they grew. Their ROA shot past 2.0 and NIM zoomed over 5.

Previously top performers were replaced by those who followed a system–and the results skyrocketed.

That begs the question: “How?”

What’s Your Steel Trap for Hanging on to Your Top Talent?

Your steel trap needs to be your “system”—the system that allows everyone to win big deals at premium pricing with an 85% close rate.

That’s what the CEO above implemented. And it worked. Winning big deals is fun. Who wants to leave that?

Let’s face it—no lender in their right mind would leave a bank that has the right system in place to allow a high close rate on premium-priced, high-quality deals.

Having the CLO and highest-performing lender leave allowed us to finally install the system we always wanted to install. Previously, with pushback from the “top lenders,” there was lip service to the system but an obstruction to getting it installed. We now deployed it within weeks, and it was a magic formula for hanging on to all the other lenders and all the current accounts.

Every bank needs a “Profit-Rich Revenue Franchise™ System.” However, it is not the only system you need to fight off recruiter attacks.

You need to have your ducks in a row to protect against recruiter attacks and low morale. The offers are outrageous because banks are desperate to fill positions.

Also, do you have…

Do you have a proven university-validated culture survey designed exclusively for community banks, so you can index against other banks?

Does it come with an action plan that historically has caused banks to increase their culture scores every year on average?

Is it based on research on top-performing banks?

The list of requirements for a good culture is long, and any miss is expensive. But it’s all doable and it’s a lot easier than you might think.

The real question is: Can you afford not to get honest and real about lifting your culture to “unshakable” this year?

Get 4 More Systems for Raising Employee Retention and Satisfaction

To get the additional systems to protect your culture and best people from recruiter attacks, burnout, low morale, and other cultural disruptors, download our special report now.

You’ll get a wealth of the best corporate culture-building strategies and human resource practices so you can head off the headhunters, reduce turnover, and keep your top talent happy and committed to your bank!

Roxanne Emmerich is the Founder and Chair of The Institute for Extraordinary Banking™, Editor of Extraordinary Banker® magazine, and CEO of The Emmerich Group®. For nearly 30 years she’s shaped the thinking and the results of the best banks in America to take them to a level of performance they never dreamed possible. She can be reached at: Roxanne@EmmerichGroup.com.